My dad has been and done a lot of things, but at the core, he's a psychologist. He knows everyone has a rich internal life, and he has a deep need to connect with whatever lies below the surface.

He likes trying to make store clerks laugh by telling them a joke. For him, it's not just a way to have fun or kill boredom. He wants to eke out any genuine human connection he can get from their brief interaction. He wants to touch their soul, at least a tiny bit.

His natural foil is "customer service drone" types who speak in scripted platitudes, revealing nothing of themselves. I'm not sure he's ever fully made peace with the fact that some people will never open up to him.

Once, when I was little, my dad and I were in a carpool with another kid and their mom. My dad tried to start a conversation with the kid's mom: "Do you think there are people who are insane, but they still put their clothes on straight, go to work on time, and no one really notices?" I don't remember what she said, but I don't think she was impressed. I remember wondering: "Is he really talking about himself? Does he feel insane?"

Maybe you've got to be a little insane to have the kind of faith in humanity he does. But I'm grateful he's my dad not just for his parenting skills, but also for the stories he has shared with me; unique experiences that could only have happened to someone like him.

Immortalizing some of his stories in writing, and allowing future generations to gaze into his soul, is exactly what my dad could be expected to do. And I truly believe it constitutes a public service.

Steven K-Brooks: "WHO I AM" 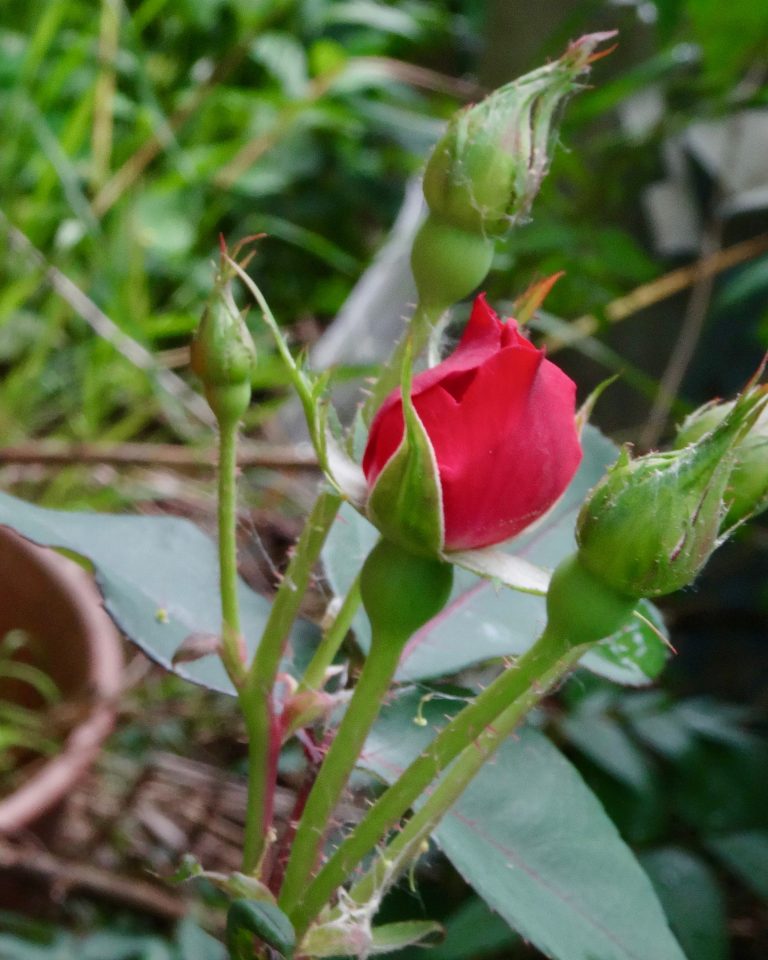 This story originally was published as the lead story in the Religion Section of the Dec. 19 – 20 Weekend Edition of the Brattleboro Reformer.

Thirty-five years ago, the Town of Brattleboro gave a homeless shelter run by Faith Ministries a December 25 deadline to close.

The Christmas deadline — a public relations blunder — was dramatic enough to garner national attention, but the real issue was articulated in a press release in which Wally & Emily White said the following:

“At a time when many municipal administrations are asking churches to shelter the homeless, in Brattleboro the Zoning Board is trying to close a church run shelter. If they succeed, up to eight homeless men may face the cruel winter with nowhere else to go. One of them nearly died of exposure last year while sleeping in a dumpster.”

Wally died this year [2020] on November 2nd. His life touched many, including myself. If you speak with anyone who grew up in Brattleboro, most likely they can tell you a story about Wally’s impact on themselves or on others. Richard Veilleux told me that as a new arrival from Quebec 35 years ago, he did not know anyone. “I was scared. Wally opened the door for me when I came to Brattleboro.” Everyone whom I asked about Wally White’s ministry said that he gave people understanding and acceptance.

Wally’s personal salvation story is that (in his words) “I was the town drunk.” He woke up in a dank cellar after a 3-day binge, desperate in the realization that he could not help himself. “I looked up and said: ‘God, if you are real — HELP!’” Wally never drank again. Because he did not want to be influenced by church dogma, before getting involved in church life, Wally privately read the entire Bible, praying for understanding. I recall hearing Wally respond to a visiting minister who tried to engage him in doctrinal hair-splitting: Our theology at Faith Ministries is simple. We kneel at foot of the cross bringing our burdens to Christ, we receive God’s grace and share His love.

In a recent conversation, Laura Burdo summed up Wally’s motivation: “Knowing that God had brought him out of a life of alcoholism, he wanted to bring that freedom to other people.”

A December 21, 1985 front-page Reformer story about the Town’s attempt to shut the mission shelter, quoted Wally about his counseling: “I knew what to say to them because I was a drunk. I believe I have a deeper understanding for alcohol and drug problems because of that.” Faith Ministries was the only Brattleboro shelter which did not turn away someone who was drunk, although they were not allowed to drink there.

Every family has secrets. Mine had more than its share. If there were a way that my mother could have avoided telling me about Aunt Rose, I am sure that I would never had found out about her.
Rose had been in Rockland State Hospital since the 1930s when her brief marriage failed, and she lost custody of her only child. Now, in 1956, her three sisters (Aunt Fanny, Aunt Yetta, and my mother) were planning a visit. We went in two cars: Uncle Irving’s DeSoto Deluxe, and Uncle Mac’s Oldsmobile Rocket 88. 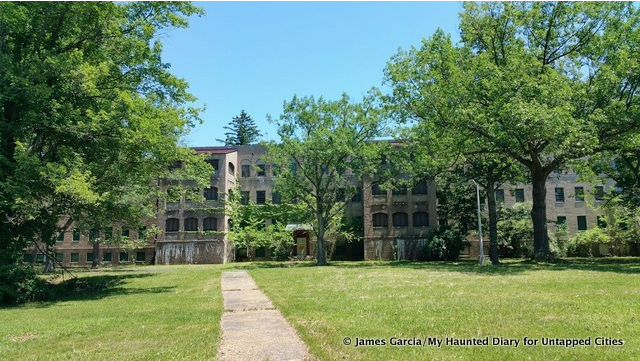 Mac was my favorite uncle. He was warm in a manly way: a World War II veteran whose speech was seasoned with crude slang. Having a Christian uncle, meant that every year I got to help decorate a Christmas tree. Although Irving was Jewish, my parents seems to consider him almost as unrefined Uncle Mac.
FULL STORY

The Man With a
Prehensile Thumb

It is one of the coldest days of winter, around zero Fahrenheit, but my clients — a young couple — are looking intently for the right home to purchase.

We arrive a few minutes early at the next home on our viewing schedule. I park. The listing agent’s car is not there yet. As we sit in my car waiting, a man emerges from the front door, comes over and invites us to wait inside. I decline with the explanation that I have to wait for the listing agent before I can go inside.

He shrugs, and goes back into the house.

I will never forget The Dress. Worn only once, with three quarter-length sleeves cuffed in white, and a demure white collar, it had two layers of navy blue crepe skirting, with a dropped waist and a sash. This was the first “dressy” dress I ever picked out all on my own.

The first thing about The Dress was that it was not the pale pink tent that I had worn to my first mixer with Sheffield Academy, which I was convinced scared away my freckled red-haired date, not that I minded much, once I saw him dance. The second thing about The Dress was the look in the eyes of the boy at the Gunnery, where my second mixer was held. This boy was matched with me strictly by height. I don’t know why, but something clicked with us, and the first thing he said to me, to my huge relief, was, “I hate dancing, don’t you? Let’s take a walk.” With that, we linked arms and spent the evening strolling arm in arm around his campus.

Everyone there had a nickname. His was “Radio.”

“Why is he called ‘Radio?’” I asked another prisoner. 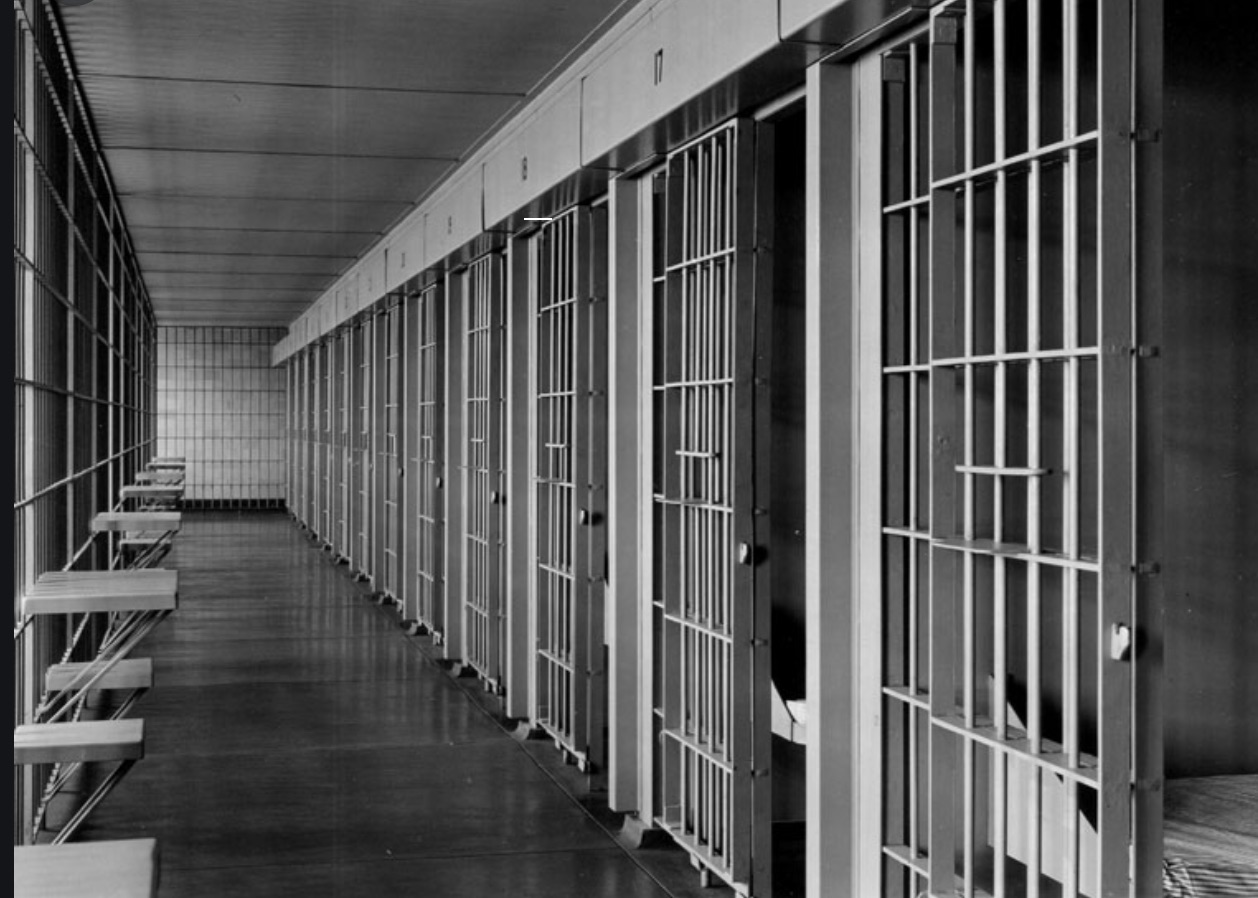 “Because he keeps talking, non-stop, all crazy stuff.” Radio did seem to be dispensing a steady stream of gibberish. But something about him conveyed intelligence to me

I sat down opposite Radio at one of the tables (which are immovably attached to the floor, as are the benches). The individual cells were on one side. There was a wall of bars on the other and I guess the narrow corridor behind those bars was the “free” side.

Ronald did not get fired

In about one minute on a Friday, Armand destroyed a fragile family which was trying to make a go of it.

Most of the crews Armand sent out could fix a few common problems. As advanced training, Armand had told them: “If you don’t know what to do, tell them that it is too serious to fix on site, and bring the unit back to the shop.”

Ronald worked in the back, fixing air conditioners. I was Armand’s office manager, meaning that I got paid a dollar above minimum wage, and kept track of invoices. Armand loved oppressively hot, stifling July days when New York became unbearable. It brought in business.

George was Armand’s best repairman: a mechanical genius and a junkie. Sometimes when George was stoned real bad, Armand would send us out together, instructing me to keep an eye on him.

One day as I sat in the passenger seat, without warning George pulled the truck into a sharp U-turn, cut across the heavy 14th Street traffic, gliding into a parking space. Without a word, he jumped out and hurried up the street.

I followed, wondering what the emergency was. He ended up in Tad’s steak house, ordered, paid, took his tray, sat down, and ate with single-minded intensity.

Not until he was halfway through his meal did George explain:

You’re not a journalist!” she said after reading my September 23, 1989 E&P Shoptalk At Thirty:  “Scrutinizing press coverage of an issue in Vermont,” a copy of which I had given her.  Grinding out a couple of stories each day for the Rutland Herald, she thought that “journalist” only applies to a staff reporter like herself.
Did Adrian even know what E&P was?
The old cast of characters populating the 35th floor of 575 Lexington Ave, New York, N.Y. 10022 — some drab like Teubener, the semi-literate retired military man turned publisher; some flamboyant, like ad salesman Charles Muldaur spinning out a stream of semi-believable tales; Donald “I don’t have a noble bone in my body” Parvin;  and the gaggle of editors down the end of the hallway — are gone. Founded in 1901, “The Bible of the Newspaper Industry,” Editor & Publisher was family-owned until 1999 when — in decline  along with the industry it served — E&P  was sold by its owner, Robert U. Brown.
FULL STORY

I am a writer, not a programmer! Doing my best to make this site look good.

Subscribe to be notified each time a new article is Published. SUBSCRIPTION IS FREE!