Everyone there had a nickname. His was “Radio.”

“Why is he called ‘Radio?’” I asked another prisoner.

“Because he keeps talking, non-stop, all crazy stuff.” Radio did seem to be dispensing a steady stream of gibberish. But something about him conveyed intelligence to me.

I sat down opposite Radio at one of the tables (which are immovably attached to the floor, as are the benches). The individual cells were on one side. There was a wall of bars on the other and I guess the narrow corridor behind those bars was the “free” side.

Once a tour-group — they looked like college students — filed past on the “free” side, gaping at us dangerous animals. I quickly scrawled a note with my name and my family’s phone number, and an appeal to let them know were I was. (I had been allowed to make a call, but the line was busy, and I had not been permitted to try again.) As I approached the wall of bars, the students shrunk away, scared. A guard threatened with his stick, and ordered me to get back. Normally, I would have turned into The Hulk, but this once I meekly retreated. 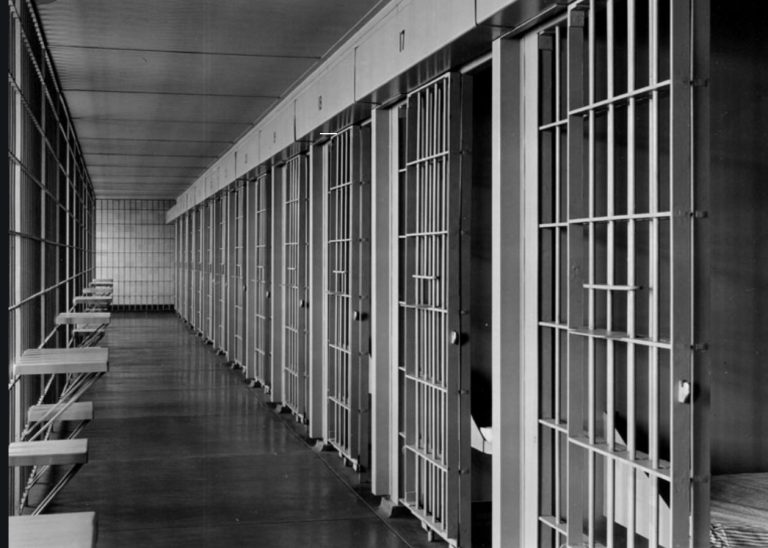 Radio must have been in his sixties. Light brown skin, short graying hair, wide face, mischievous eyes. There was another fellow at the table, kibitzing Radio. To this fellow’s delight, the more he kibitzed, the crazier Radio’s conversation became: ranging from accounts of space travel to CIA mind-reading technology.

Each time that Radio asked me a question, I gave him a straight answer. Before long we developed a rapport, and when no one else was present, Radio spoke in a serious manner, with a quiet voice. He told me about himself, shared his insights and perspective on life.

During my time in the lockup, Radio and I had lengthy conversations. He was well-read and thoughtful. But when someone else would briefly join us, immediately Radio’s spirited broadcast of gibberish would begin; and just as quickly revert to serious conversation the moment our guest walked on.

The day before my arrest, the lead story in the local paper was about a young man who had robbed a bank and been nabbed quickly as he tried to speed away on his getaway bicycle.

“There’s this young fellow in here,” Radio said, “who has twisted ideas about what it means to be a man. I’m working on it.” Radio must have known something, because a few minutes later the bank robber joined us.

I do not recall how he got started, but before long the bank robber was bragging. At some point he made the statement: “I’m all man!”

Radio challenged him: “What’s your father, a man or a woman?”

“A man,” the bank robber replied.

“And what about your mom?”

“So one of your parents is a man, and the other is a woman?”

“Then you ain’t all man. You half man and half woman!”

Before the bank robber could reply, Radio said: “Most everyone is half man and half woman because they got one parent who is a man and one who is a woman.” Then he lowered his pants a few inches, revealing two abdominal scars.

The bank robber was at a total loss to say anything. Then Radio said to him: “I can see your house. I see two woman sitting in the kitchen. They are crying for you.”

After quite a pause and without a trace of his previous swagger, the bank robber said: “That’s my mother and my aunt.”

At night, locked into our cells, although we could not see each other, still it was possible to talk. But only Radio started nighttime  conversations.

My first night began in silence… until Radio began his broadcast.

When I was first brought in, they took my wallet, keys, and money to hold, but I was permitted to keep possession of a small, gold Star of David on a chain, with Hebrew letters that spelled, “Jerusalem.”  In the holding cell, was a young guy who was visibly shaken. He was talking about how upset he was: He had never been arrested before. I removed my Jewish Star, handed it to him. He tried to hand it back, shocked that I was offering something of obvious value.

I insisted that he keep it, and finally he put it on.

That ended it… for then.

About an hour later, Radio began a new broadcast:

“Let me ask you a question.”

“I’m a business man. I import watches. I got 7 ships in the harbor, each one has a thousand watches that I’m importing. After paying import duties and shipping fees, I make $7 on each watch. When I get these watches sold, I’m going to make $70,000…”

There was silence. Then… Radio’s voice, with feigned surprise: “You is a Jew! Only a Jew could figure money that fast in his head!”

I don’t know exactly what Radio was doing, but I am sure that he was addressing someone’s stuff. After that, I too had a nickname: Jew.

After three days, my family found out where I was and bailed me out. When the guard came to release me, I hesitated to leave. Five or six prisoners gathered around me, let me know that they were happy for me getting released, and urged me to go.

A couple of weeks later, expecting that Radio would be out by then, I sent him a letter at the address he had given me. There was no reply, and I never saw Radio again. 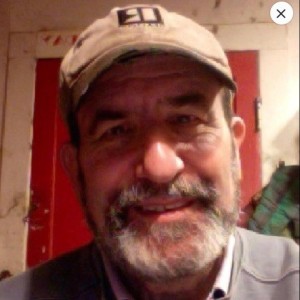 Steven (king-of-typos-and-misspellings) K-Brooks is a real estate broker who thinks he can write. It does keep him busy and out of trouble.
All Posts »
PrevPreviousDartmouth Vacation
NextSchmoogala!Next